This week in pictures

We finished the puzzle!  The kids helped me put it together, and I must say, it was way more satisfying to put it together without the help of the picture on the box.  So maybe my dad is on to something. 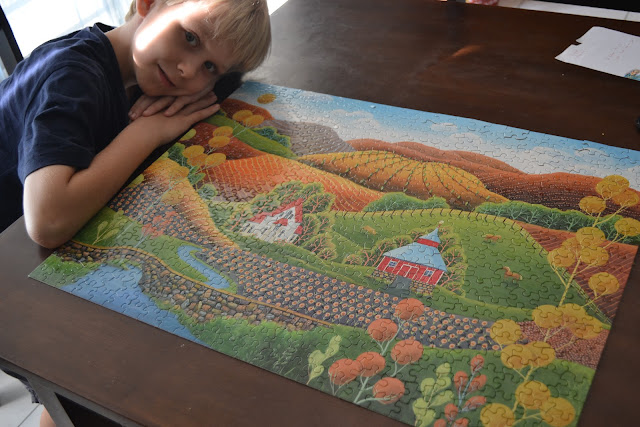 This week we went to the opening day of a Papuan cultural festival taking place on Lake Sentani.  It was very hot, but we managed to see some cool stuff before we succumbed to the heat.

This guy was dancing up and down on the pier, "calling" to the boats full of warriors waving bows and arrows around. 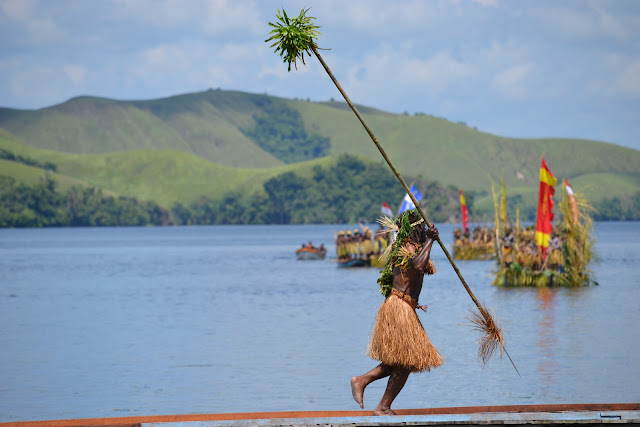 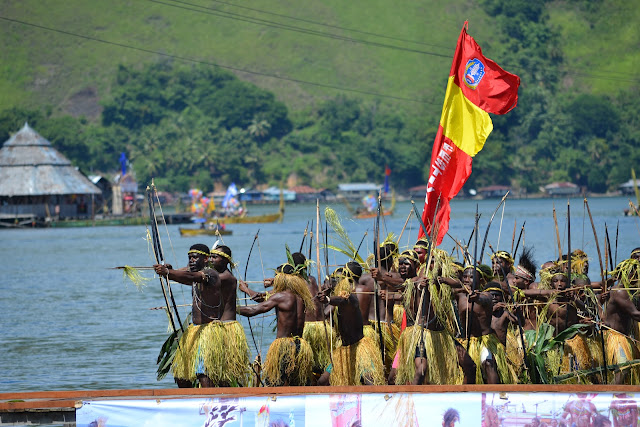 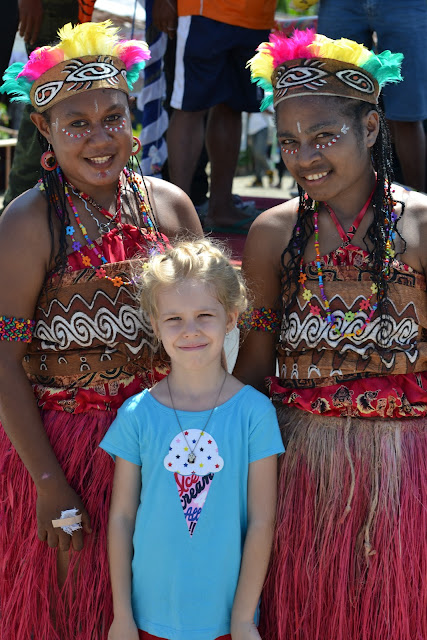 This colorful parrot was riding on a woman's head as she watched the warriors dance. 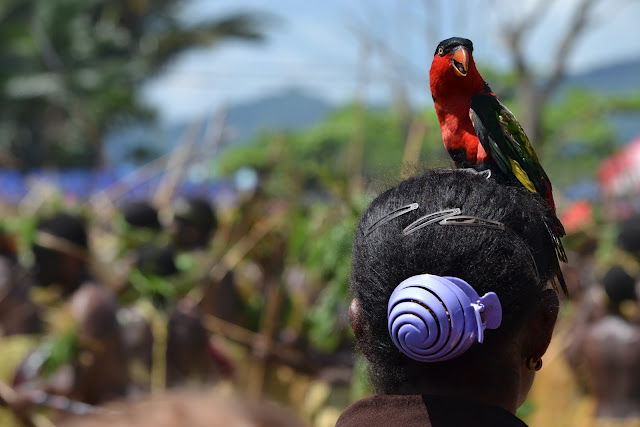 There were several artists displaying their handicrafts, including this woman making pottery. 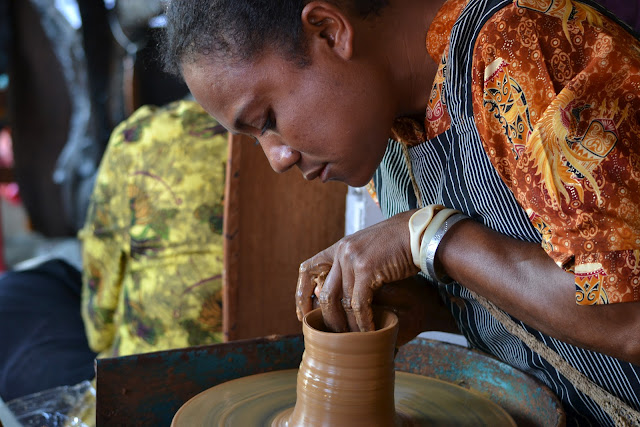 I got to try the local food, called papeda which is made from sago flour and has - according to one friend - the consistency of elephant snot.  I had been warned that to American palates, it's none too tasty, and I admit, it is a bit like eating paste.  It is basically tasteless, but the spicy fish eaten with it makes up for the lack of flavor.  It has been my observation that most cultures have their own version of porridge - in the South it's grits; out west it's cream of wheat; in other parts of Indonesia, there is bubur, a rice porridge.  On their own, these porridges are bland and boring - it's the yummy stuff we add to it that make them delicious (i.e. cheese grits with shrimp). 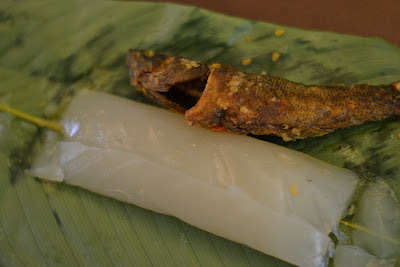 Our other big event this week was taking part in another dousing of David, this time for soloing in the Caravan. 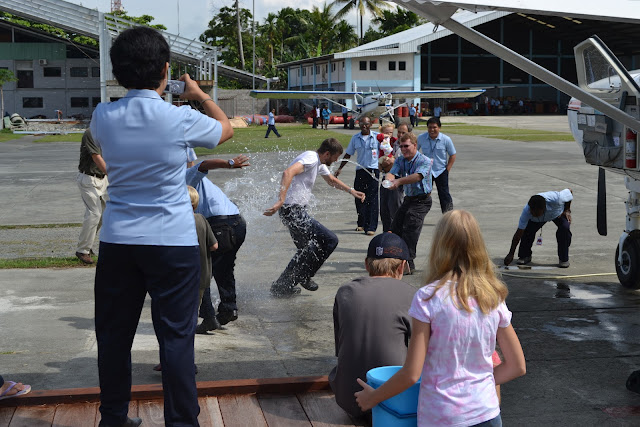 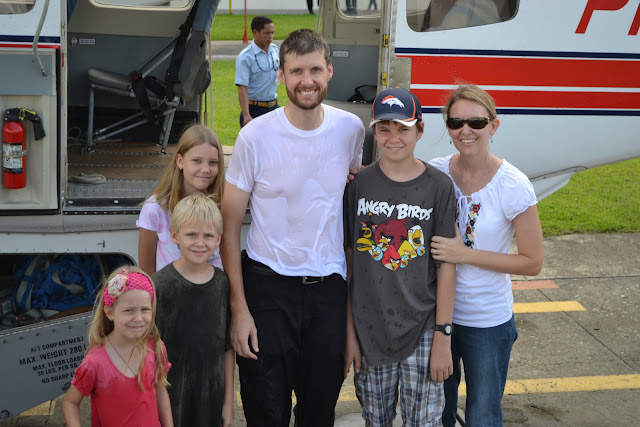 After his shower, David had to do another flight.  Here's a picture of one of his passengers being loaded. 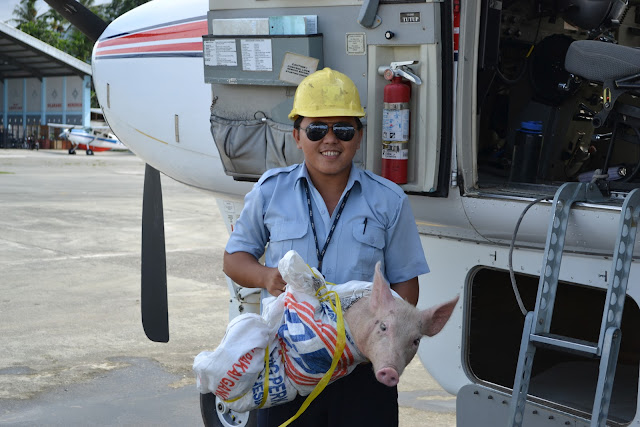 That's it for this week!  Today the kids and I are planning to plant our garden.  We are hoping that our okra seeds will like the tropical climate!
Posted by Natalie at 8:04 PM 1 comment: 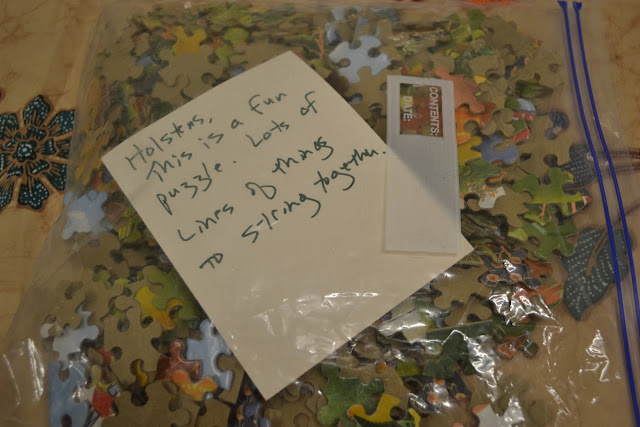 We love getting packages around here.  Usually it's comics and candy, or magazines for the kids and dark chocolate for me (it IS for me, right Mom and Dad?).  Sometimes my dad will throw in the random item, like tattoos from Moe's Southwest Grill (oh, how we miss Moe's) or Georgia-shaped silly bands.  Or a jigsaw puzzle without the box.


My dad, and if you know him you know this, is a unique man, with some unique ideas.  Like his idea that it's cheating to put a jigsaw puzzle together while looking at the picture on the box.  He says it's cheating.  The kids and I heartily disagree, and we spent part of our time at Christmas together trying to sneak peeks at the box of the massive jigsaw we were attempting to piece together.


But he's taken his rule for puzzles a step further by mailing us the puzzle, without the picture from the box.  My kids will need some brain stimulation this summer, and this will most definitely provide that.


So I have two questions for you:


1.  What picture do you think will emerge from this puzzle?


2.  Do you think it's cheating to look at the box while assembling a puzzle?
Posted by Natalie at 5:06 AM 1 comment: